I'm writing the blog in English because I type twice as fast this way than in Russian (yes I am improving...), and 90% of my friends and friends can read English any way. I answer comments in the same language they are posted.

I am trying not to post anything related to my employer, but if I do so, this expresses only my own views and does not represent an official position of my employer.

All photos are mine, and I allow anyone to copy, change, do anything you please with them. I don't post "friends only".

All numbers below are my estimates. Let's divide s/w engineers to two halves - 50% of "good" and 50% of "bad". For simplicity, I don't account for average ones, ignore the continuum and reduce the problem to one dimension. These three omissions make results almost absolutely unreliable, but still fun.

Few multiplies, and voila:
Percentage of managers with "bad engineer" background ~= 71%, and ~29% were good engineers in their previous life.
However, with numbers above (I swear I didn't tune them) half of good managers were formerly good engineers.

Is it a good time to move? 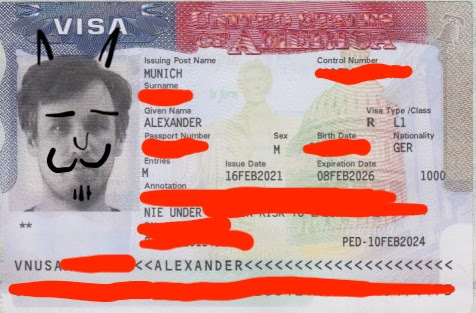 Regardless, with current regulations we should fly within 4 weeks. See you there soon!

Exactly 20 years ago I was setting up my work space in my first cubicle: 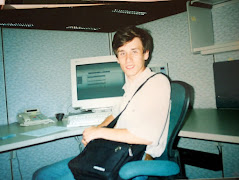 There was a thin Windows terminal to HP-UX server connected to several racks with telco equipment. The racks were green from outside and brown inside. That was supposed to make them look friendlier to engineers working with them, though I am not sure if it helped.

20 years ago I started working for Nortel as a contractor. One of my first assignments was to write a script in C to automatically stress test creating tons of entries in a pre-SQL database (developed in 70s) that was storing cellular network configs.

The database mixed data with code processing it, so each config had to be tested separately. The config I had to test was lawful intercept config. For every cell phone number that could be eavesdropped on, there should have been an agency name string and court order/secret order number attached.

Sometimes I gamble. Now is a great time for that, plenty of volatility. I don't use leverage so it is not very entertaining.

So far I like it, and earning a bit more than loosing on both ups and downs. But there is one thing that where I often err, and I am not sure why.
Here is my rookie question to more experienced traders:

The numbers above are not too fictional, small losses happen as described above with my trading style. I wonder if it is expected that the broker sells below my SL?

Bought a bigger bicycle for Jacob. 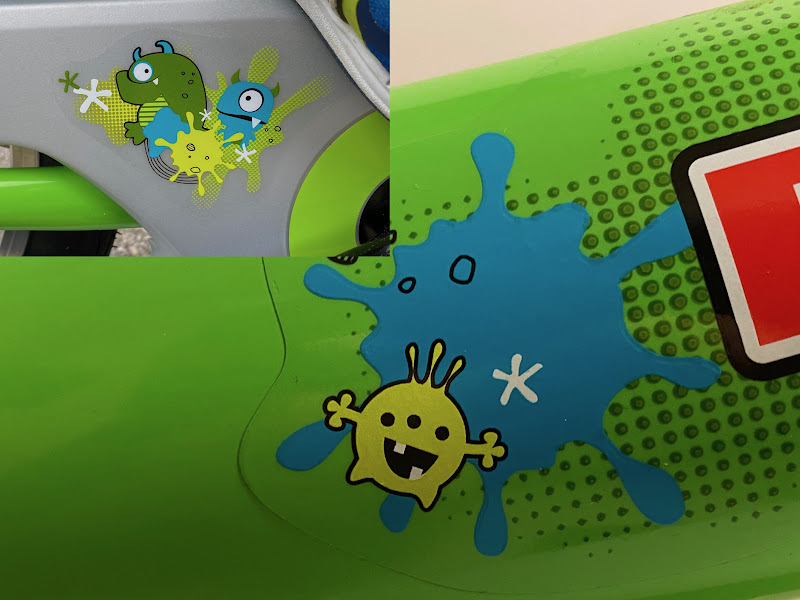 Doesn't it look like coronavirus? The bicycle was manufactured in China before all the stuff began.. Conspiracy theories anyone?

I was recently working on a problem, where one of the performance metrics I measured was ~100x higher than expected. It is almost impossible to make a 100x optimization, unless something is severely broken...

In the end, it appeared to be my error. But it was not a measurement error, I triple checked my measurement code and it was correct.

The buggy part was printing the end result. I made a typo in printf format, "%ull" instead of "%llu", so it printed "ll" in the end. Then I mistook "ll" for "11" when reading, and this multiplied the result 100x. I was slightly curious why random performance readings always end with 11, but I still did not catch it. Only after I pasted the result to Excel to plot a graph I realized what went wrong.

This made it in my list of top 5 stupid programming errors I ever made :)

I am following biorxive trying to find a publication about what makes asymptomatic covid carriers asymptomatic, or what makes people exposed to significal dose of the virus immune. So far most of articles are about treating the virus or managing patients in critical conditions. They are linked from my friends posts in lj, dw and facebook. Everyone is writing about CoVid now.

I have a first hand experience: my wife and me tested negative for antibodies. Why we tested? We did not have symptoms, but we were in contact with Covid19: 1.5 months ago my wife spent an hour in a small room talking with a colleague who was constantly coughing, and later he tested positive. Also in late March we spent 10 hours on a plane where half or the passengers were coughing.

We did not develop any symptoms - neither fever nor cough. There was still something.. I am a (lousy) freediver, and as swimming pools are closed, I can only train static apnoe. In late March my usual apnoe timing quickly went down from ~2m20s to ~40s. That was just a few days, and now it is slowly recovering at ~1m40s.

So what happened when we were exposed to the virus but didn't get sick? Was it not enough virus particles we inhaled or swallowed, so that they did not end up on ACE2 receptors they could invade? Was a result of a job well done by IgA2s? Or we had high IgG specific for another coronavirus and it still worked? I am sure I am missing couple of other options here, and my main question is what are these options, and what are the ways to increase the probability of these things to work.
Collapse